Shiva Tattva, the source of Shiva/Shankar, as well as the origin of Shiva lingam

Upon their return, Brahma and Vishnu declared that the pillar they had seen was without end. This energy was labeled the Shiva Tattva and became the source of Shiva, & the origin of Shiva lingam. Today, one can find a Shivalinga in every temple devoted to him, signifying the unlimited nature of Shiva’s energy. It is found in all atoms and particles of the universe. Consequently, Shiva is essentially what makes up creation, with his Shivalinga being an emblematic indication of this boundless nature.

When Lord Shiva and Goddess Parvati arrived at Kailasha, they discovered that the Shiva Ganas who resided there were accustomed to their lifestyles. While meditation was a frequent practice, other activities such as work and spiritual practices were also employed. As expected, Shiva preferred to stay in deep contemplation. All of them seemed to live like ascetics, not concerning themselves with matters such as personal grooming or food. They were seemingly content in their bachelor existence.

Goddess Parvati was taken aback by what she saw, so she set up a kitchen with various instruments and asked the ganas to bring in the necessary ingredients. But they were not pleased with this alteration and argued that raw fruits and kanda moola (roots and mushrooms) were enough for them. Despite the resistance, Parvati decided to make cooked meals available to everyone.

Even Lord Shiva, when he came to see what was going on, felt that a kitchen was unnecessary. The grumbling of ganas and cooking noises interrupted Lord Shiva's meditation.

Goddess Parvati asked him, Are you sure you don't want a kitchen? after he expressed his desire not to have one.

Shiva replied, I am sure..

The goddess Parvati is the embodiment of Prakriti (creation), which manifests all the things that we can see, smell, touch, and feel. As soon as she left, an aroma of cooked food began to permeate the Kailasha, making all the ganas hungry. Shiva too felt the pangs of hunger as the devotees felt them.

Shiva's meditation was disturbed once again as he noticed the hunger rising in him. He checked with the ganas and found that everyone was hungry, but the kitchen was empty.

Lord Shiva, the epitome of compassion, departed from Kailasha in search of divine help to quell the hunger of his devotees. His journey spanned the entire creation and ended in Kashi, where he took on a different form as Vishwanath - God of Earth - and appealed to Goddess Parvati for food. She too was filled with empathy and transformed into Goddess Annapoorna, who provided ample sustenance to Lord Shiva, which he distributed among all his devotees and creatures in the cosmos.

WHY GANESHA’S HEAD WAS CHOPPED OFF BY SHIVA?

After Goddess Parvati created Ganesha, she went to take a bath and put Ganesha in charge of manning the door, asking him not to let anyone in. Shiva came to meet Parvati, and Ganesha refused to let him in. Shiva cajoled and argued with Ganesha, but it was not to his advantage. Shiva cut off his head in anger.

Upon realizing what had happened, Goddess Parvati became devastated by the death of her son, and prayed to Lord Shiva to make things right. As the other deities searched for a solution, they found an elephant who had asked for a boon to be born as Shiva's son. The elephant's head was then placed on Ganesha's torso, and from there, the elephant head God was born.

Deep Symbolism of this Story

Lord Shiva is the embodiment of parmananda (eternal formless bliss), while Goddess Parvati represents jeeva (the body form). However, their union could not take place due to Ganesha's ego and its identification with only the physical world. This lack of knowledge is called Avidya or ignorance of the Self. As a result, Ganesha was unable to recognize Shiva, and it was only through prayer that the mind was filled with understanding and realized the joyous elements, thus allowing for the union of jeeva and Shiva to be completed. 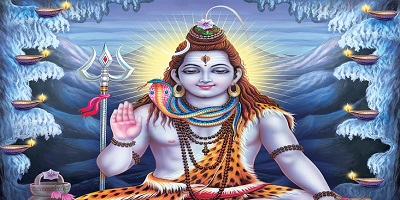 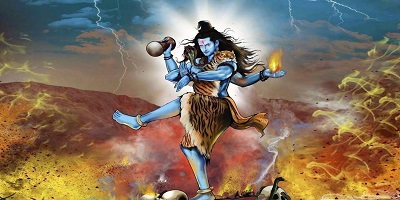 Ganesha, the elephant-headed god of obstacles, and Kartikeya, the warrior god, are Shiva's two sons.

A Hindu goddess, Ashokasundari is the daughter of Shiva and Parvati. Her story is narrated in the Padma Purana, which is revered in South India as Bala Tripurasundari. 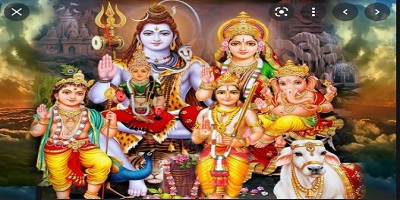 In his benevolent aspect, Shiva is depicted as an omniscient Yogi who lives an ascetic life on Mount Kailash as well as a householder with his wife Parvati and his three children, Ganesha, Kartikeya, and Ashokasundari.

Q. Who is the son of lord Shiva?
Ans. Ganesha, the elephant-headed god of obstacles, and Kartikeya, the warrior god, are Shiva's two sons.
Q.Who is Lord Shiva's daughter Shiva?
Ans. A Hindu goddess, Ashokasundari is the daughter of Shiva and Parvati. Her story is narrated in the Padma Purana, which is revered in South India as Bala Tripurasundari.
Q. Who is the wife & daughter of lord Shiva?
Ans. In his benevolent aspect, Shiva is depicted as an omniscient Yogi who lives an ascetic life on Mount Kailash as well as a householder with his wife Parvati and his three children, Ganesha, Kartikeya, and Ashokasundari.